Biogs, Photos, Tech & All That…

The majority of the songs are self-penned.

The band are based in the south coast of the UK.

“With Black Kat Boppers you get to immerse yourselves in that rockin’ feelin’.  Think of us as ‘rockin the blues’ if you must, cos that’s the way we roll!”– Roy Phillips

The band have also worked in the studio with Damon Albarn of Blur/Gorrilaz and were invited on to the bill with Blur at Hyde Park for the Olympic games event.

The band played 5 shows at Fuji Rock festival in Japan 2014 and were asked to play the opening party in front of 10’000 people – An exclusive version of the album was released in Japan with additional tracks including one, a collaboration with Damon Albarn.

In 2018 The band made their first trip to the USA, playing at the prestigious Viva Las Vegas festival alongside greats like Jerry Lee Lewis and The Stray Cats. The Black Kat Boppers will be returning to the USA in July of 2019 to play a festival and dates on the East coast.

“When I first saw The Black Kat Boppers I was sat on a hill at a festival and could hear tis music in a tent that literally grabbed me by the lapels and dragged me in!” – Paul Simonon (The Clash/Gorillaz/The Good, The Bad & The Queen). 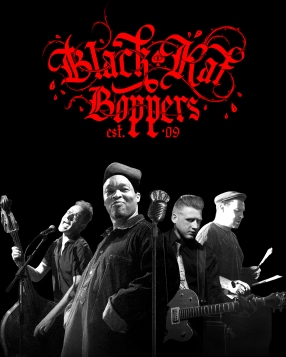 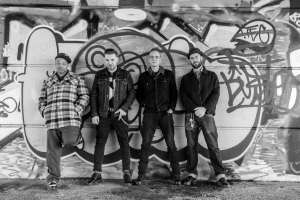 logo as PDF
Logo as .PNG

Want the whole lot as a zipped file?

If you need anything else from us get in touch!